Hello everyone! Hope you all had a great Thanksgiving holiday and enjoyed your purchases during Black Friday and Cyber Monday.

Today, I just want to share my excitement with the news that spread like wildfire (yesterday) regarding the Royal Engagement. Nope. I’m not referring to any Royal books I’ve previously read; but this is just an homage to the bravest thing that ever happened to the English monarch (in my opinion).

Of course, everyone has heard and read and watched about Prince Harry’s engagement and impending wedding to American TV actress Meghan Markle. I just love love love their story. Meghan is very much different from the usual princesses-to-be that we’ve known. To me, she has defied all odds when it came to love.

Meghan Markle is biracial (born to a white father and African American mother), already divorced, an American, a dedicated feminist, plus she’s older than Harry by 3 years – all of which were quite frowned upon if this had happened in the earlier decades. I wouldn’t be surprised if there’d be news about Queen disapproved of this coupling, but I’m glad everything’s a bed of roses at the Royal’s garden. I believe Queen Elizabeth liked Meghan, even her dogs (corgis) love her!!  So I’m extending my high-fives and two thumbs up to Harry and Meghan for conquering them all.

I love that Prince Harry truly redefined the word “princess” with his choice of woman to love. 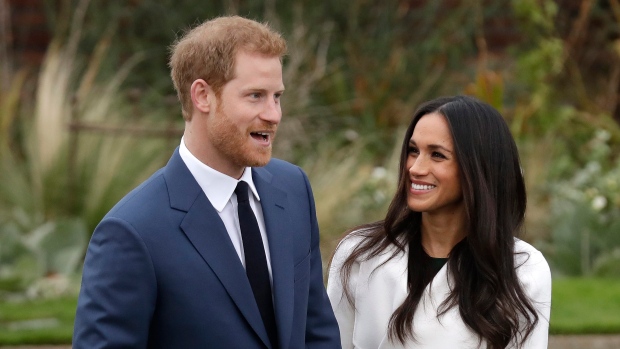 Here are some more interesting insights into their relationship and future plans, as stated on DailyMail UK.

* Harry popped question on one knee earlier this month while they were cooking roast chicken at his cottage
* He gave her a ring he designed himself from diamonds belonging to his mother and another from Botswana
* Couple will have a church wedding in spring 2018 – but will probably avoid early April when royal baby is due
* Harry said his mother Princess Diana and his bride-to-be would have been ‘thick as thieves’ and ‘best friends’
* Meghan could become a princess or be given title Duchess of Sussex when she marries fifth in line to throne
* They will live in Nottingham Cottage in Kensington Palace next door to William, Kate, George and Charlotte
* Meghan has quit the hit show Suits and is shipping all her belongings to Britain including her two dogs

One thought on “The Royal Engagement”