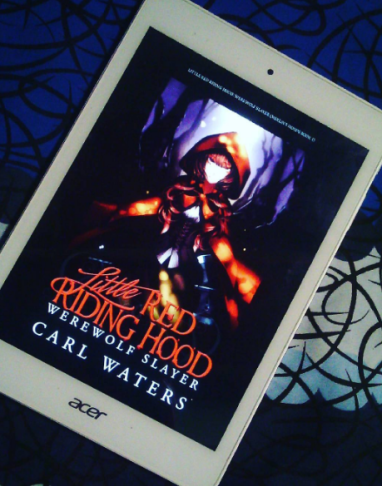 The legend is true. Beware the red cloak…

Sixteen-year-old Giselle has never strayed far from the watchful eye of her mother. While she’s always looked up to the nurturing, yet powerful Adela, she wonders about the true significance of her mother’s title: the Red Hood.

Giselle dreams of donning the red cloak herself some day. When the forces of evil gather to seek her mother’s blood, the untrained Giselle is left on the sideline.

After a whirlwind of werewolves and tragedy strike the family, Giselle must quickly learn the true powers of the red cloak. Failure to do so will doom her to a fate much worse than death.

Hooray for a newer and darker and bolder Red Hood! Beware werewolves, Giselle is out for your blood!

In this Hoods series by Carl Waters, the reader is introduced to Angeline, the original Red Hood and her two competing daughters, Adela and Allison. Her decision to bestow the enchanted red hood to the rightful heir crushed her, but it must be done soon, because danger was lurking, especially when one of the Hoods died in the arms and fangs of a mighty vampire.

We also get a glimpse of the present Red Hood Giselle, whose mother died in the arms of her sister. Giselle had always wanted to prove to her mom that she was ready to be the next Red Hood, but tragedy made her think about the repercussions of that title. With little training, she wouldn’t stand a chance defeating the werewolves that went after her. But with the help of her Grandmere and Merlin and Theodore, there might just be a glimmer of light at the end of the tunnel. 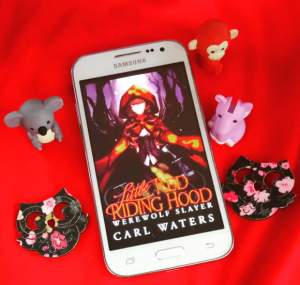 This had been an exciting and intriguing prequel to Giselle’s journey to becoming the powerful Red Hood. I love this newest retelling of Red and Grandma and big bad wolf. I’ve always been a sucker for slayer stories and this one about werewolves excited me. Although this had been such a short story (prequel) I am already hooked and can’t wait to read more of Giselle and Merlin’s brotherhood. Carl Waters’ writing is superb and enticing, his words held me entranced until that cliffhanger. I will definitely read the next book in this series!

#CurrentlyReading Advance Reader copy of Wizard's Masquerade by @jay_pellegrin
"Wherever you need to go - the Map to Everywhere can take you there. " I'll be reading this today to my youngest, who's been interested lately with pirates, wizards, magic and adventures.
"I leave you alone for two minutes, and the wolves descend." Between the vampires and werewolves, I am more inclined to join the wolf pack. Sure wouldn't mind rereading this until the wee hours of twilight.. Take me back to Forks, WA. #twilight #twilightsaga #bookstagram
★★★ NEW COVERS ★★★
So thrilled and happy to receive these awesome gifts from author @jodigallegos_ These arrived a few days ago and they're also gorgeous!! Thanks so much Jodi!! Reading High Crown Chronicles tonight 👑🌃🌙
Last night, Kurt was restless because he's getting vaccinated today. So we read this book, Betwixters: Once Upon A Time, a beautiful story about a young boy and his friends who bravely fought bullies and Scaretaker and shadow wolves in order to save a dying Faerie and bring her to the Vathylite Realms. Surely today, our little Kurt is ready to face the world ahead of him. #bookstagram #betwixters #betwixtersonceuponatime #shadowwolves #winterwolfpress #booksofinstagram