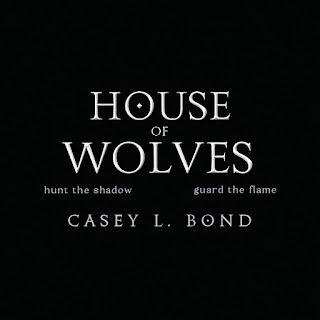 Hunt the shadow. Guard the flame.

Noor is the new Aten of Helios, having wrenched the kingdom of the sun from her treacherous father’s hands. Citali stood with her sister against him, and rejoiced when he died at Noor’s hand… But he did not go quietly.

He poisoned the thoughts of their older sister, Zarina, who believes that Noor is not who she claims and was never supposed to be Aten. As Zarina flees the temple to determine her next step, she encounters, then attacks, Citali.

Beaten and left for dead, Citali’s cries are heard by the Wolven of Lumina. In a flurry of fur and fang, Beron rushes to her aid yet fears he arrived too late. With what would have been her dying breath, Citali whispers a secret that changes everything.

Pleading to Lumos – the god of the moon – for a way to save her, Beron is provided an answer that comes at a steep price. Citali will become Wolven. The two bonded together for a lifetime. Despite their tumultuous past, Beron helps hone her new strength and senses, a primal passion now surging through her veins. But can the two stop fighting one another and work together to hunt and destroy the darkness spreading over the sands like a plague of locusts? Or will the sands of time run out for them both?

Casey Bond lives on a rural farm in West Virginia with her husband and their two beautiful daughters. She writes phoenixes – gloriously flawed and morally gray characters that fiercely rise from the ashes of their circumstances. World building is one of her favorite hobbies, along with stamping metal jewelry, swimming, and enjoying the beauty of nature. She thinks thunderstorms are better than coffee and that watching a meteor shower is the closest thing to magic you might ever see. She’s a firm believer that every amazing book needs a world you want to wrap yourself in, a character you want to win, and a love you would fight for.

Casey is the award-winning author of When Wishes Bleed, Gravebriar, and House of Eclipses. 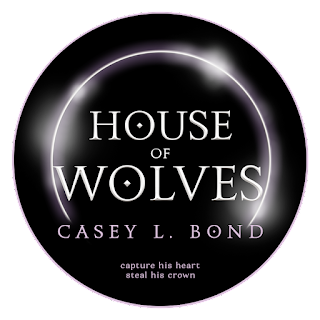