An unlikely heroine who must master her visions.

As if being middle-aged and plagued by hallucinations since early childhood wasn’t hard enough, Vivian Rivera learns she’s actually the reincarnation of someone who wasn’t human at all. Her life spirals into a terrifying flight from Goblins, and worse, when she discovers her spiritual heritage and the enemy that pursues her beyond death.

Viv was the Queen of Chaos’ most powerful seer and favorite daughter in a previous life. Now visions invade her dreams, all pressing her to reveal the location of the Keys and begin the Reckoning.

Someone is killing the few remaining seers. Can Viv risk calling attention to herself to help open the gate and allow the Queen of Night and the King of Light to walk our world?

And to top everything else off Viv’s aunt…Fate… is matchmaking! 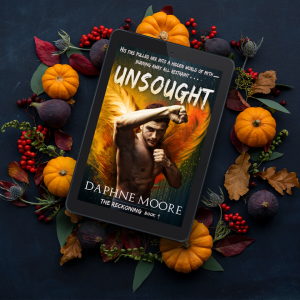 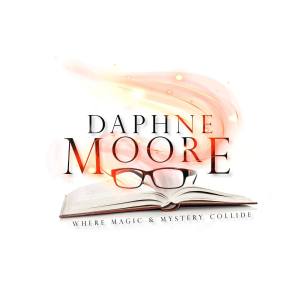 Daphne Moore has been a storyteller from her preliterate days. She writes them down now for those out of earshot.

She lives in Ohio, in a small suburb, raising roses and children. She’s an aunt to a bunch of humans and two cute dogs.