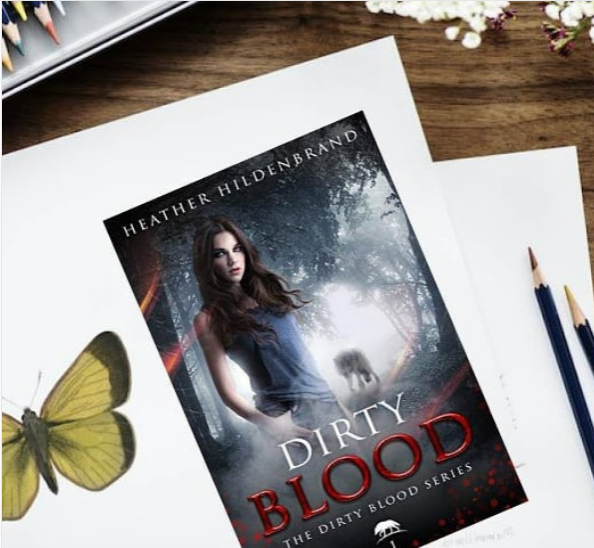 I killed a girl last night. I did it with my bare hands and an old piece of pipe I found lying next to the dumpster. But that’s not the part that got me. The part that scared me, the part I can’t seem to wrap my head around and still has me reeling, was that when she charged me, her body shifted – and then she was a wolf. All snapping teeth and and extended claws. But by the time I stood over her lifeless body, she was a girl again. That’s about the time I went into shock… And that was the moment he showed up.

Dirty Blood by Heather Hildenbrand reminds me a lot of Twilight, the werewolf version. The female lead here was much better than Bella though, because Tara isn’t a weakling. She’s more capable, strong and independent and easily killed her first werewolf without training. Wes, the Hunter and her counterpart, was an Alpha wolf who was so protective and aggressive when need be.

I love how there’s still so much difference and more potential with the story, given the fact that it doesn’t just revolve on the love story of a werewolf and its hunter, but also engages the reader with the kickass grandma and awesome friends. Oh yes, Grandma is the most wicked and adorable grandma I’ve ever known!

Plus, it’s fast paced too, not dragging as hell, and full of action from start to finish. So yeah, I like this better than Twilight, so I am going to read the sequel, Cold Blood next.