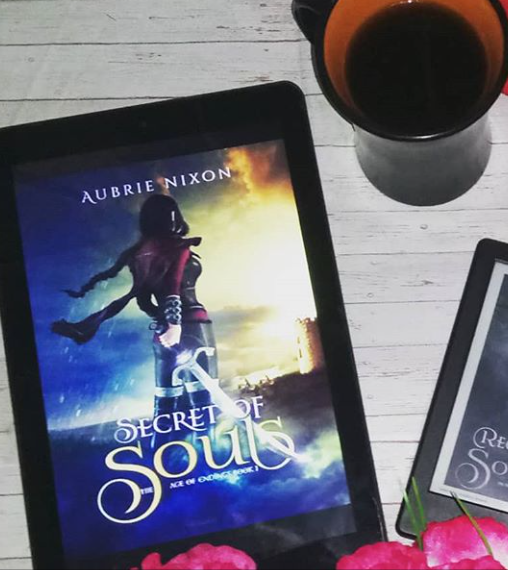 Secret of Souls
(Age of Endings #1)
by Aubrie Nixon

The Empire of Lucent has stood for centuries as a beacon of strength and light. But now an otherworldly realm has unleashed an army of nightmarish creatures upon the peaceful empire, spreading a lethal plague called The Decay which consumes its victims mercilessly from the inside out.

The king of the Empire of Lucent calls upon “Lady of Death” Zephera Travelle—an infamous assassin with a weakness for braided cinnamon bread and a striking aptitude for murder and mayhem. He sends her on an impossible quest to find the one person who can concoct a cure and save the realm from total annihilation. Together with her best friend Zadkiel, mage extraordinaire Brenner, girly city-guard Oriana, and broody warrior Daegan, she embarks on a journey that will test her wits, will, and sanity. Along the way, she discovers that no one—and nothing—is as it seems, including herself. 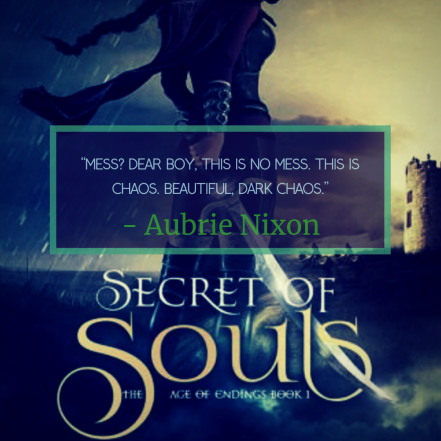 This is chaos. A dark, beautiful chaos.

Secret of Souls has been a wickedly intriguing, one bloody awesome dark fantasy you shouldn’t miss. I had an engrossing time reading about Zephera Travelle, a highly-trained assassin, also known as the Lady of Death and her motley crew of warriors and mage, as they journeyed to a realm where Rot and Decay existed, and a mission to save the world from getting ruined.

When I first met Zephera on her hunting trip, she was quite a character already. An ill-tempered assassin who would prefer to wear dresses on certain occasions made Zephera strikingly appealing to me. As the story progressed, we get to know more about her quirks and distinct personality. Her relationship with Zadkiel was further explored, her affiliation with Daegan Sorrowhand gingerly intensified and the truth about her immunity and identity definitely made the story much more enthralling.

Aubrie Nixon’s writing style is fast paced and terrific! I found myself drawn into that fascinating, at the same time, devastating world she had created. The characters each had their own unique psyche and each had a story to tell. (I can’t stop thinking about Daegan and Zephera, they’re both absoutely kickass!!) Secret of Souls is a dark fantasy that will lure you in, keep you still and entranced on your seat and will have you clamoring for more in the end! Looking forward to the next books that Aubrie Nixon will write!