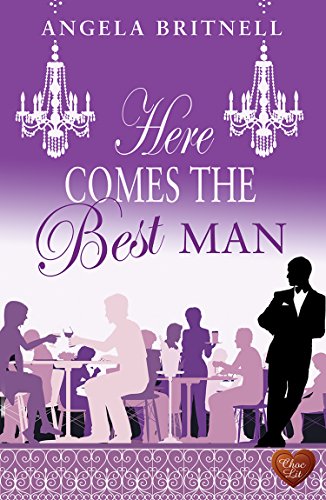 Being the best man is a lot to live up to … When troubled army veteran and musician Josh Robertson returns home to Nashville to be the best man at his younger brother Chad’s wedding he’s just sure that he’s going to mess it all up somehow. But when it becomes clear that the wedding might not be going to plan, it’s up to Josh and fellow guest Louise Giles to make sure that Chad and his wife-to-be Maggie get their perfect day. Can Josh be the best man his brother needs? And is there somebody else who is beginning to realise that Josh could be her ‘best man’ too?

British culture meets Southern charm in Nashville Tennessee with this beautiful love story from Angela Britnell. A wedding that seems to be on the verge of disarray, an English bride tries her best to accommodate her mother-in-laws demands, a groom tries his best to appease his woman’s cries, a brother comes home after years in the military service, a guest volunteers to help with the wedding preparation and a godmother’s crazy antics are just a few of the exciting things to look forward to in Here Comes The Best Man.

Josh Robertson has promised to fulfill his duties as his brother Chad’s best man in his upcoming wedding, but he also finds himself at crossroads, trying to make amends with the family he left when he joined the military about two decades ago. It isn’t easy to be back in his parent’s graces, especially with his father who sees him as a disappointment when he refused to take on their family business. When a beautiful, striking woman helps with his brother’s wedding, she immediately intrigues him. What is it about her that made him contemplate about his issues with his family? And why is her employer being hot and cold with his intentions?

Louise Giles rescues the bride Maggie, her employer’s goddaughter, in her wedding predicament before she turns into a bridezilla of sorts. She isn’t like Maggie who couldn’t say no to her in-laws. Louise can stand up on her own and isn’t afraid to tell her concerns. Somehow, this handsome brother of the groom captivates and distracts her. Too bad, she’s not looking for a man to hook up with, especially when she’s bound to return to Britain after the wedding. There’s nothing else holding her back to Nashville, isn’t it?

I like this story something fierce. Louise is perfect for the brooding best man Josh. Their time together always cheer me up and it’s never a dull moment when Audrey, the godmother, was in the picture. I also liked that the story isn’t entirely focused on Josh and Louise, but on the whole family of the soon-to-be married couple. A clash between cultures shouldn’t sound as fun and exciting as Maggie’s and Chad’s rollercoaster love story. I love the romance and feel good vibes emanating from all the characters, making this an easily wonderful summer read! 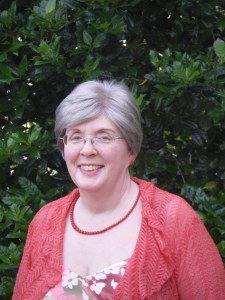 Angela grew up in Cornwall, England and returns frequently from her new home in Nashville, Tennessee. A lifelong love of reading turned into a passion for writing contemporary romance and her novels are usually set in the many places she’s visited or lived on her extensive travels. After more than three decades of marriage to her American husband she’s a huge fan of transatlantic romance and always makes sure her characters get their own happy-ever-after. Over the last twelve years she’s published over 20 novels and several short stories for women’s magazines. She is a member of the Romantic Novelists’ Association, the Romance Writers of America and the Music City Romance Writers.