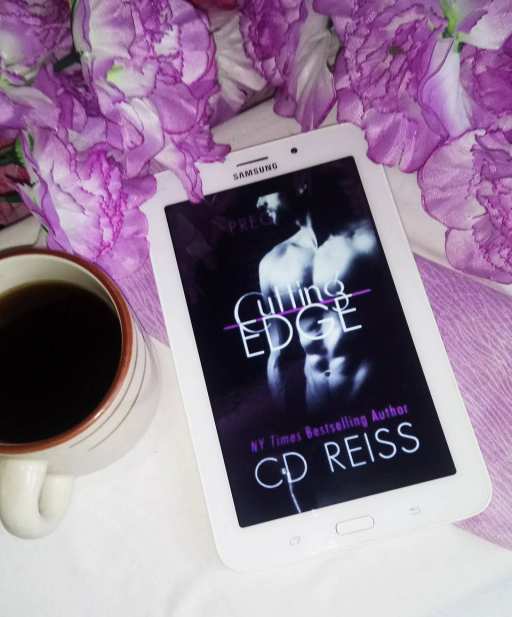 There’s a war going on.

I need to pay attention to my job, not the surgeon. Not his sky-blue eyes or the confidence in his hands. Not the smile under his mask or the way it fits on his jaw.

And doctor or not, gorgeous or not, only a complete jerk would drop his pants in front of me just as a show of dominance.

But he’s a force of nature, and I don’t think I can resist him much longer.

It’s not until I’m the casualty and he’s standing over me that I realize I love him.

I want to tell him before I go under. Just a few words before we’re separated.

Cutting Edge is the prequel to the Edge series where Major Greyson Frazier narrates the start of her love story with Captain Caden St. John while both met in Iraq in 2004. There were a lot of military terms and medical jargon in the book, hard enough to make me dizzy, but also simple enough for me to understand.

I love how CD Reiss had clearly researched about the wartime situation of the characters and how it made the readers appreciate more of the men and women who served the country with their bravery and selflessness.

Military surgeon Caden St. John was, at first, a tease and a jerk, and easily riled up psychiatrist Greyson Frazier. I must admit, his overconfidence somewhat irked me at the beginning, until he and Greyson spent more time together. That marriage proposal before getting on that helicopter was my favorite part of the book, though.

As a newbie reading a CD Reiss book, this prequel definitely built so much anticipation in me, and I can’t wait to get to know more about this powerful couple. Would definitely be diving into Rough Edge soon!