Hello sweeties! How was your week? Hope you all are having a great one!  It’s Thursday once again and we’re back with one of my favorite book memes, #ThrowbackThursday created by Renee of It’s Book Talk (https://itsbooktalk.com/) as her way of sharing some of her favorite oldies but goodies books that were published more than a year ago. I just love this book meme because once a week, it allows me and the other bloggers to feature all those great books published ago.

This week, I am sharing with you one of my favorite series – Crazy Rich Asians. 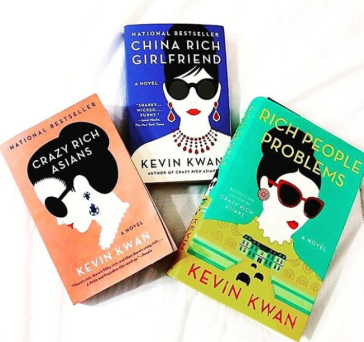 In anticipation of its film adaptation, I decided to finally delve in to the world of Crazy Rich Asians and I was not disappointed. I first heard about this book a couple of years ago through goodreads grapevine. Then last year, I learned that it was going to be turned into a movie and I got excited all over again. That was the time when Book 3 (Rich People Problems) was freshly published. So I bought the three books and took my time reading the series. It was lovely!

But let’s start first with Crazy Rich Asians, which as you all knew, will hit the big screen in August. Yay!! 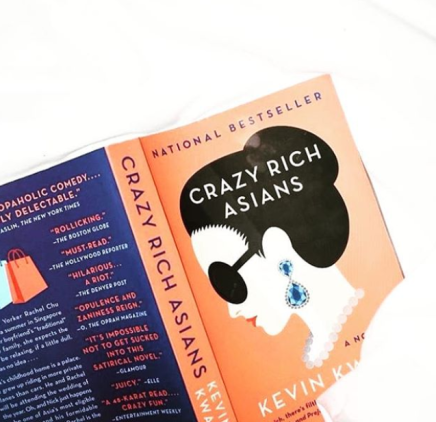 When New Yorker Rachel Chu agrees to spend the summer in Singapore with her boyfriend, Nicholas Young, she envisions a humble family home and quality time with the man she hopes to marry. But Nick has failed to give his girlfriend a few key details. One, that his childhood home looks like a palace; two, that he grew up riding in more private planes than cars; and three, that he just happens to be the country’s most eligible bachelor.

On Nick’s arm, Rachel may as well have a target on her back the second she steps off the plane, and soon, her relaxed vacation turns into an obstacle course of old money, new money, nosy relatives, and scheming social climbers.

Before I proceed, let me just say, geographically speaking, I am an Asian (although my roots could be traced to the Spanish regime), so you might think I am biased with my review.  But heck, no. I really liked this story, even if you put other races on the book. Now, let’s move on..

Nick Young finally convinced his girlfriend, Rachel Chu to visit his country of origin, Singapore, during his friend Colin Khoo’s wedding. What started as an innocent invitation turned out to be an explosive, scandalous and utterly crazy “meet the parents” fiasco that Rachel would never ever forget.

The story isn’t just about Nick and Rachel, though. There were a lot of subplots and characters that eventually lead to the outcome of the story. I was quite shocked at first, seeing all these names (mostly Chinese) and I thought I’d mistake someone else for another. It’s good that there was a family tree illustration at the beginning of the book, so I was able to follow. One could easily get lost with the Leongs, Youngs, Shaws and Chengs, I admit I was quite dizzy too, but as the story progressed, everything and everyone mattered and were quite involved.

There is no “the end” yet though, because Nick’s and Rachel’s unfinished love affair will continue on the second book, China Rich Girlfriend. But I was entertained by all the friendly banters from Nick and his best men, Rachel and Peik Lin, and those absolutely crazy and insane mothers headed by Eleanor. Oh my, this book is a riot!

One thing I was concerned about, however, was how the story was narrated. I don’t know if anyone noticed, and I don’t know how to properly explain this, but the story was like a smorgasbord of people trying to include all their thoughts in one pacing. Like for example, the first chapter was about Nick and Rachel talking, and then a girl named Charlotte started gossiping about them and the rumors reaching other parts of the world and then on the next chapter, Eleanor (Nick’s mother) entering a palatial home and before I know it, I am already reading about the various thoughts and prejudices of her snotty friends.

This isn’t really a big issue at all, I shouldn’t even be talking about this, but for someone like me who wants to read a story from either a first person’s or third person’s exclusive point of view, Kwan’s narrative was rather confusing, leaving me nonplussed and groping in the dark. I don’t know, maybe it is just me, maybe I’m just too OCD or picky about this matters.

The extravaganza, the filthy rich and snobby matriarchs and insecured spouses all the more made this story interesting and thrilling and fascinating. I can still say that this book is the bomb! It got me feeling touristy too, encouraging me to visit Singapore and our other South East Asian neighbors and discover all wonderful things Asian. I guess I am going to get my fill with the movie real soon!!