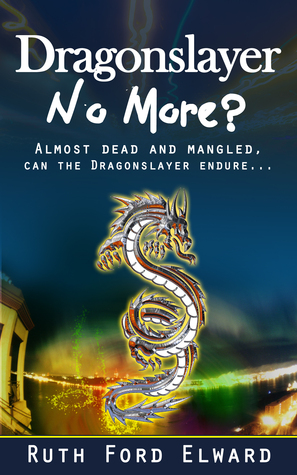 Part 1 – Fire
After a disastrous attempt to slay a particularly dangerous Dragon plaguing the Valley of Shade, Carison Destine awakes to find his left arm has been torn off, eaten by the Dragon that still terrorizes the country.

He must overcome his fears if he is to ever recover. With the help of his truest friend in the world, a novice sorceress, he sets out to confront the Dragon again, against all odds, against all advice, and with little hope of ever returning.

The Dragon presents more of a danger than he realizes. He might not survive. But he’ll die trying.

Part 2 – Heart
Paladin Carison Destine is in the small Three Kingdoms town of Vedoran to deal with a dragon problem. A Digger, a dragon who attacks its prey from underground, has decided the townsfolk here are its prey.

The woman he loves, Raven, is with him. Before they can take on the dragon, Carison is approached by the Chamberlain Randithew Moorlock, with an offer of employment.

He wants Carison to help take back the throne of the infamous Butcher Lemore. Carison has no problem saying no. Until the Chamberlain ups the stakes and kidnaps his beloved…

Part 3 – Soul
Carison Destine, Paladin of the Realm, is being forced to murder the Governor of the former Fourth Kingdom. His cooperation is being forced by evil men holding the woman he loves captive. Raven is a powerful sorceress.

But as Carison points out, anyone can die if they let their guard down. He knows what he must do. He can’t hesitate. Hesitating could get Raven killed.

Sneaking into the Governor’s Palace was easy. But will killing a man in cold blood be that easy? To save the woman he loves, it just might be.

Carison Destine was something else, a fierce dragonslayers destined to rise and protect Valley of Shade after a dragon tore off his hand and wreaked havoc in the country. Soon he embarked on a journey to Three Kingdoms to slay dragons and one evil governor, in exchange for his sorceress friend and lover, Raven.

This has been a thrilling first book in a series and holds much promise in regards to the story and the characters. Carison isn’t a perfect hero but he’s got the guts and the nerves and the spirit to become the knight he was fated to be.

Ruth Ford Elward’s writing is hypnotic and engaging. One would stay awake at night just to be able to finish the story, building anticipation until the next book. This is a perfect bedtime story for fantasy lovers, that’s for sure!

I sacrificed myself to save my family from poverty… So I married the prince. It wasn’t enough to kill my mate, heir to the throne. My obsessive Fae brother-in-law wants the crown. And he wants me ruling by his side.
☕ Sunday waffles, coffee and reading with my almost 10 year old kid who's lately into Norse mythology. ⚡ Loki's Wolves is such a fun and awesome start to the Blackwell Pages series by @kelleyarmstrongauthor and @melissamarrwriting We couldn't stop reading about Matthew Thorsen!! #kelleyarmstrong #melissamarr #blackwellpages #bookstagram #bookstagrammer #coffeeholic☕️ #bookworm🐛 #thecoffeeholicbookworm
When Wishes Bleed is an intimately magical read, with a mesmerizing world building and fantastic storyline. There’s something quite mesmerizing in Casey L. Bond’s writing that gets her readers hooked right from the first page. This book is no exception. I’ve always loved stories about witches, but Casey takes these magical entities to a whole new level.
My copy of Circe by Madeline Miller is here!! I'm ready for you, Circe... Or am I? Should I read Song of Achilles, first? Thoughts, reviews, opinions, violent reactions? Can't wait to dive into this Greek retelling of The Illiad.. 📕
War hurtles in, a typhoon over the sea.
"War draws closer, like a tide to the shore." Second book from Jennifer Ellision's Threats of Sky series.. Riot of Storm and Smoke is quite a sequel.❤ The chaos, the distress, the the ghosts.. the lies.. and the dripping blood. Everything excites me. Go check it out! Review is on my blog, link in bio. 4⭐⭐⭐⭐ #bookstagram #booksofinstagram #jenniferellision #threatsofskyandsea #yafantasy #coffeeholicbookworm #bookworm #riotofstormandsea