We all know how Cinderella went to the ball, met her prince, lost a shoe, and got her happily ever after…but did you know that for such a magical thing to occur the universe demands a price? As a matter of fact, an equal measure in return.

Isabella Beaufort was born at the top of the social food chain. She had everything, including being promised to Prince Christopher, until the ill-fated ball where he met Cinderella. Follow along as we learn about the other side of the rags to riches story we all know, and the price of pissing off a fairy godmother. 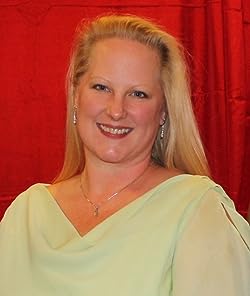 A lifelong lover of words and reading, Savannah Verte hasn’t quite figured out what she wants to write when she grows up. Born and raised in the upper Midwest, Savannah’s gypsy spirit and never quit attitude keep her busy and seldom idle. For so many reasons, Savannah considers herself a ‘Contemporary Vagabond’ when it comes to writing and hopes others find her diverse offerings as enjoyable to read as they are to write.

As the primary owner and driving force behind Eclectic Bard Books she considers herself immensely fortunate to see writing from varied perspectives as she endeavors to publish the authors rostered there. Working with other writers, Savannah gets to expand her horizons every day as someone brings a new idea to the table and the brainstorming begins. There is something addictive about the creative process for her and helping other authors embrace their dreams make hers a reality daily.

That’s the official Savannah, the unofficial version is this: just a girl who loves experiencing life with every twist and turn it takes. When she was born, she had such fine, light hair that her mother used to tape bows to her head so people would know she was a girl. She’s had a host of crazy unrelated jobs- everything from cake decorator, dry cleaner, and insurance agent to Emergency Room assistant, bartender, crime lab tech and bouncer. Savannah loves air hockey but completely sucks at it. She loves good jazz, good scotch, and antiques but also old rock, a quiet tea, and a tidy home. She’s completely technology impaired and can get it after she’s broken the computer or done it ass-backwards a few times… Thank Gods that there are some amazing meme creators that let her pilfer images or she’d be lost.

Lime green is her color, the rhinoceros is her logo & philosophy, and she’s completely mad about seeing new authors try.