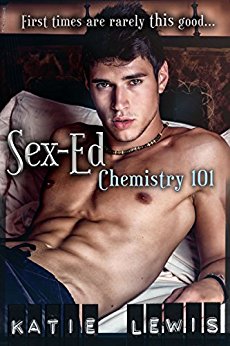 Piper Jones knows what she wants from a lover. Nathan Chambers, with his horn-rimmed glasses, lean runner’s body, and Chemistry textbook, is nothing like the jocks she usually chooses. But from the first moment she sees him, she knows that Nathan will be the perfect student in her one-on-one sex-ed.

First-Year College student Nathan Chambers is on a mission to punch in his V-Card, but ever since high school, hot girls only seem interested in using him for tutoring. He’s afraid it’s happening again, but little does he know that bombshell Piper Jones has an entirely different sort of Chemistry lesson on her mind.

This kind of tutorial is definitely not for the faint of heart.

Piper needs a man in her life, someone who likes her and not just throw her to the wolves once they learn the truth about her. A nagging truth that drives her crazy. So she goes out to venture and look for the one who could satisfy her craving..

Then she meets Nate. Nate needs someone who can please him and make him realize the kind of man he is – although he’s quite a virgin in the sexual scene. When these two meet, there’s sparks and explosions galore. This was a fast read, very hot and steamy and also very intriguing. Piper surprised me with her prowess and energy and the secret she’d been hiding. Boy, what a ride! 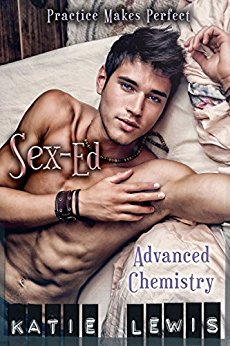 Friends with benefits, Piper Jones and Nate Chambers, have been trading Chemistry lessons for Sex-ed classes for two weeks; but it’s turning into something more. Nate isn’t just a good lay; he makes Piper feel things she’s never felt before. They are both scared of falling in love. Nate has never had a girlfriend, and Piper is hiding a dark, family secret. Things heat up when Piper impulsively goes home with Nate for Thanksgiving and explode when she gets a phone call from home.

O.M.G….. This is extremely hot, hot, hot than the first book, in my honest opinion. Imagine a clandestine affair happening at your parents’ home, secretly meeting in the bathroom or bedroom, careful not to get caught by both the parentals. Piper and Nate are like energizer bunnies, I can hardly keep up with them.

And then there’s the truth about Piper’s illness. O.M.G.. I wasn’t expecting that about her mother, too! And Nate, poor loving Nate.. You can’t help but adore this hottie in the nerd glasses. Seriously, he’s such a nice person Piper’s lucky to have found him.

Gotta ready myself for the third book. For sure, it’s gonna be another hot story!

VALOR by @authorcaseybond is coming February 25th!! This cover is simply gorgeous!
North of the Stars (Book 1: In Love and War) by Monica James @authormonicajames
Sensible, practical Elinor Tregarth really did plan to be the model poor relation when she moved into Hathergill Hall. She certainly never meant to kidnap her awful cousin Penelope’s pet dragon. She never expected to fall in love with the shameless – but surprisingly sweet – fortune hunter who came to court Penelope. And she never dreamed that she would have to enter into an outrageous magical charade to save her younger sisters’ futures.
💚🏀 𝐇𝐎𝐓 𝐍𝐄𝐖 𝐑𝐄𝐋𝐄𝐀𝐒𝐄 + 𝐆𝐈𝐕𝐄𝐀𝐖𝐀𝐘 🏀💚
Mandatory reading every 9th of November.. It's Ben and Fallon's day all over again.. Colleen Hoover's books are always worth a second read..and third..and ninth.. Highly recommended! #november9 #colleenhoover #colleenhooverbooks #benandfallon #Bookstagram
Some moments will change it forever... Together, they might risk everything for a chance at love, but will a kiss be enough to make him remember?