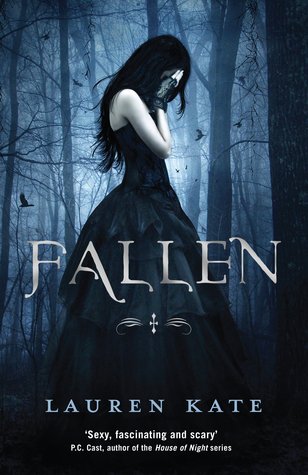 What if the person you were meant to be with could never be yours?

17-year-old Lucinda falls in love with a gorgeous, intelligent boy, Daniel, at her new school, the grim, foreboding Sword & Cross . . . only to find out that Daniel is a fallen angel, and that they have spent lifetimes finding and losing one another as good & evil forces plot to keep them apart.

I read this five years ago, but I don’t remember writing a review for it because I thought it was rather bland. When I was checking the books I’ve read last year (2015), I said to myself, hey, I guess I have to re-read this book so I could finally have an opinion about Luce and Daniel.

So here it goes.

At first I thought I liked Lucinda aka Luce. I envisioned her as an average teenager, except for the fact that there were shadows that loomed her in every corner. Creepy shadows that would make any other girl crazy. She was sent to the Sword and Cross Reform school after a boy she loved spontaneously combusted. There she met Daniel, who, for crying out loud, flipped the bird at Luce and had treated her like trash.

But what did Luce do?

That’s when I stopped liking Luce. 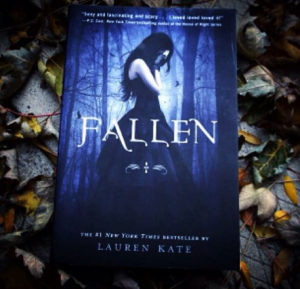 Halfway through the book, I stopped and gave myself another 48 hours to finish the book. In the end, I thought Luce’s character and her struggle between finding out who she is and deciding what boy is cuter was rather disheartening. My gosh, she was so obsessed with Daniel, especially after she realized they were supposedly star-crossed soulmates.

There’s also the death of a certain friend which really irked me. I mean, why did they kill her? I thought she was the most interesting character in the story and then she died?? Major buzzkill!

Okay, the reason I gave this book 2 stars is because of Cam. Many readers would think Cam was every bit of a villain, just like Daniel. But I thought there was more to him than meets the eye. Cam and Daniel obviously have some serious history that should be explained more in the second book.

Which I unfortunately won’t be reading anytime soon.